You may have looked at Learning Tools before and thought, “This is just for special education staff, right?” No way! By the end of this, you will have a better idea on how these tools will benefit all students and adults and make teaching easier.

Learning Tools are for everyone

It’s likely you’ve had some students who turn in written work with incorrect grammar, run-on sentences, incomplete sentences, or a lack of descriptive phrases. Similarly, many of us have sent an email, only to re-read it and realize we used the wrong verb tense. Immersive Reader can also help you catch those mistakes and other common errors.

Highlight the adjectives to check for descriptions. Do all your sentences have a noun and a verb? I have visited dozens of classes, had them open or type a story in Word Online, click on the View menu, go to Immersive Reader, and had them highlight the parts of speech and listen to their stories read aloud to them by the Reader. Their faces are priceless. Many type more just to hear it “talk.”

“But my students use (insert non-Windows 10 equipment here). Will it work on those?”

Absolutely! Immersive Reader is cross-platform, available in Microsoft programs, apps, and is even browser-based. Windows, Mac, iOS, Android, and Chromebooks all have Immersive Reader. It has the ability to highlight parts of speech and read the text back to you. You can enlarge the text size without altering your original document, change the theme background for better visibility, and turn on Line Focus to only view a limited amount of text at a time. The effect is similar to the reading cards I used to make for my students (sometimes parents wanted them, too), by carefully cutting out windows in index cards.

Recently, Microsoft added Picture Dictionary and the ability to change the colors when highlighting parts of speech. You can read more about the updates here.

Though I taught both special and regular education before I became a school district tech trainer, my journey with accessibility tools in Microsoft started in 2016, when my mother-in-law was diagnosed with cancer and underwent a tracheotomy (an incision of the windpipe). My husband and I created a OneNote of family videos and photos for her to look at on her laptop. At that moment, we realized the power of Learning Tools and Immersive Reader, specifically.

She could type what she wanted to say and have her computer read it out, thus allowing her to participate in conversations again, rather than writing her words out on a whiteboard.

That was the lightbulb going on! These tools were not just for students with learning differences. A year later, I was asked to talk about accessibility tools at my local Microsoft store and started creating a OneNote collection to share. It has been almost overwhelming trying to keep up with all the amazing tools.

In December 2017, the lightbulb turned into a chandelier when I worked with 6th graders in Office 365. A teacher wanted her class to share folders in OneDrive and to write a story in Word Online. The class was great and we had extra time, so on a whim I demonstrated Immersive Reader in Word Online. They loved it and wanted to try it immediately. One student said, “I used the word ‘excited’ too many times!” (Shout out to Mrs. Farmakis’s Sixth Grade class!)

Thus, my new journey began. Since that day, I have talked about Immersive Reader in dozens of classes.

In January, I spent a day at a junior high with special education and second-language classes. One class was composed of students who had been in America for less than a year, so Microsoft Translator became a must with more than five languages in the room. The students were able to ask questions, communicate, and were blown away. I later received a stack of thank you letters with statements like, “I will use it to chat online to improve my English,” and “It is so amazing that no words were translated wrong.”

Microsoft Tools in Windows and Office have been around for quite some time, but in the last few years, there has been an explosion of creativity and innovation, granting more access on a variety of levels. Learning Tools have become more prominent.

How else can I use the tools?

Besides using it to listen to writing, you can also change the background color (theme). While the purpose may be to assist those with dyslexia, I have found I read better without the glare of a white background and I get the same feedback from the audience when demonstrating Theme in Immersive Reader. For example, the black background with white text is easier on the eyes, especially in a low light environment (and it won’t wake up family members and pets with a bright screen!)

Tom Grissom (@TomGrissom) tweeted an idea in March about using Immersive Reader as a teleprompter. Type in the script, turn down the volume and set the speed to have the script scroll. He also suggested using it to read back blog posts, emails, and other correspondence. It has so many uses!

Office Lens (iOS), meanwhile, can take a picture of an article and open it with Immersive Reader to have it read to you. This could be handy during a commute or for students having trouble with a textbook. As I told a recent high school group: take a picture, plug in your headphones, and review the content as it is read back to you.

Sway: This is a presentation tool and makes the students feel like they have created a website. The “Start from a topic” feature helps users get their Sway started by filling in images, headings, and text hints based on the topic entered. Sway can use templates for things like student reports, resumes, presentations, blogs, and more. My favorite response was from a student with special needs, who said, “This is like homework for lazy people!”

When and where to use Learning Tools

The answer is: every chance you get and everywhere! As a trainer, I have demonstrated these tools to students, parents, and school staff. Responses include “game changer,” “no way” and simply, “wow.” I’ve heard, “I can use this when I don’t have my glasses,” or, “I am putting these apps on my parents’ phones!” and “My dad can use this at work.” The list goes on. I even used the read aloud feature to proofread this article.

If everyone can use Learning Tools, maybe those who need them will feel less singled out. That’s another reason I prefer to call them “tools,” rather than “accessibility tools.”

So, the next time you hear about accessibility tools, take a closer look to see if they are simply tools instead – tools that can provide better access to those with learning and physical differences, and simultaneously benefit everyone.

We would like to share our experience using OneNote Learning Tools at St George´s College North, a bilingual… 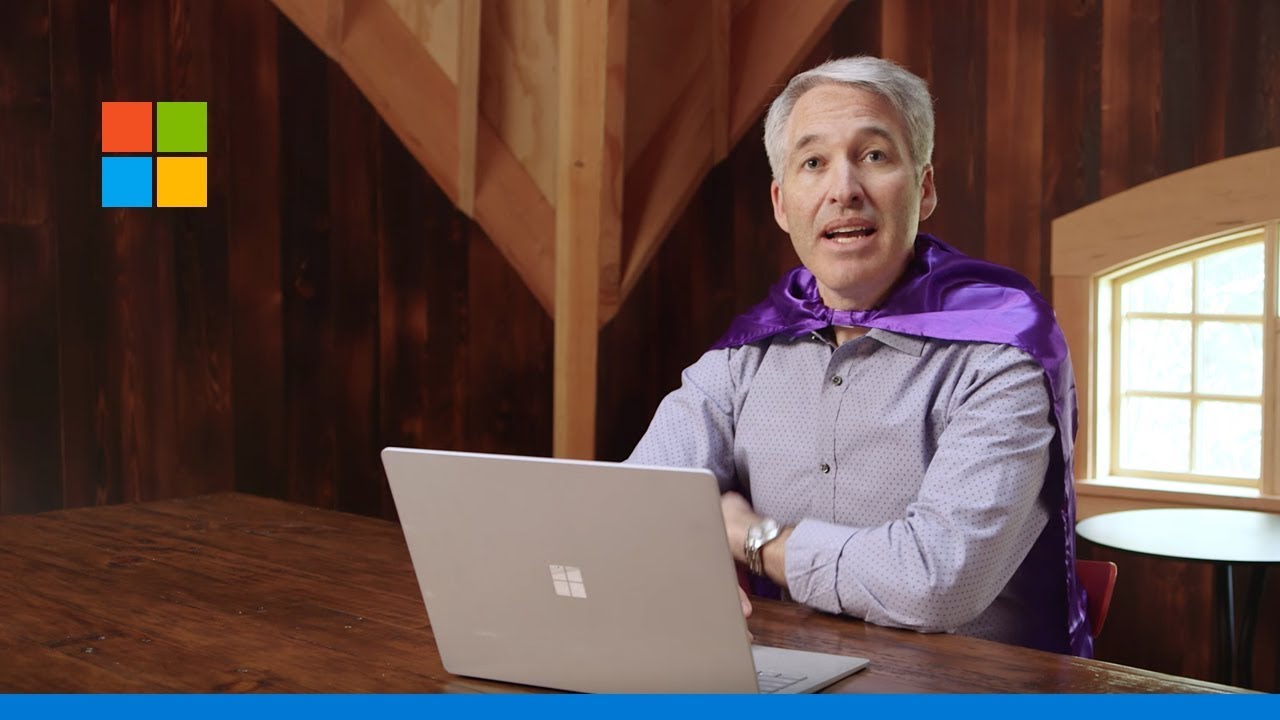 Educators, edtech enthusiasts and IT professionals: We have two new episodes of What’s New in EDU ready for you. This…